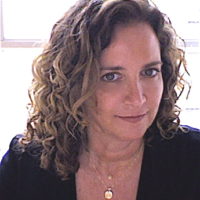 Margy is an advocate for creating community through the arts. She is a Senior Fellow at Topos Partnership (a national strategic communications organization), founder and Serendipity Director of Art on the Streets, and was a leader in the transformation of ArtsWave, an arts advocacy and support non-profit. She is an advisor on national initiatives to Americans for the Arts, Local Initiatives Support Corporation (LISC), and ArtPlace America. Previously she was Visiting Fellow at the Brookings Institution, with a joint appointment in the Economic Studies and Metropolitan Policy programs.

Prior to Brookings, she was Senior Advisor on domestic policy in the Clinton-Gore White House. Before joining the Administration, Margy was Senior Fellow for Social Policy and Director of the Working Families Project at the Progressive Policy Institute. She also served as Director of Public Policy at United Way of America, and Director of Policy Development at Public/Private Ventures in Philadelphia, and a congressional fellow in the office of U.S. Representative Eric Fingerhut (D-OH).

Margy was named one of the nation’s 25 most “powerful and influential” nonprofit arts leaders, Top Ten Tweeter by SoapboxMedia, and Rising Civic Star by Cincy Magazine. She is a frequent keynote speaker at conferences and workshops, presenting research findings for communicating to build broad support for policy goals and producing creative placemaking initiatives. She’s appeared in and on numerous media outlets including the New York Times, Washington Post, Philadelphia Daily News, Boston Globe, Chicago Tribune, Los Angeles Times, CNN, and Fox News. She comments on arts, place, and community at @margyartgrrl.

Margy holds a Bachelor of Science in Communication Studies from Northwestern University and a J.D. from The Ohio State University.