Initially intended to populate a large wall space in her personal home gallery, art collector, philanthropist, board member of multiple non-profits, and museum docent volunteer Sara M. Vance Waddell began soliciting signs from artists as soon as she knew there would be a Women’s march on Washington. Enlisting the help of independent curator and art critic Maria Seda-Reeder, as well as Wave Pool Gallery’s Executive Director and social practice artist Calcagno Cullen, the group then brought on board the Contemporary Arts Center’s Curator of Education, Jaime Thompson to round out their mission: keeping the words and images of progressive activists and allies in the minds and hearts of the public. 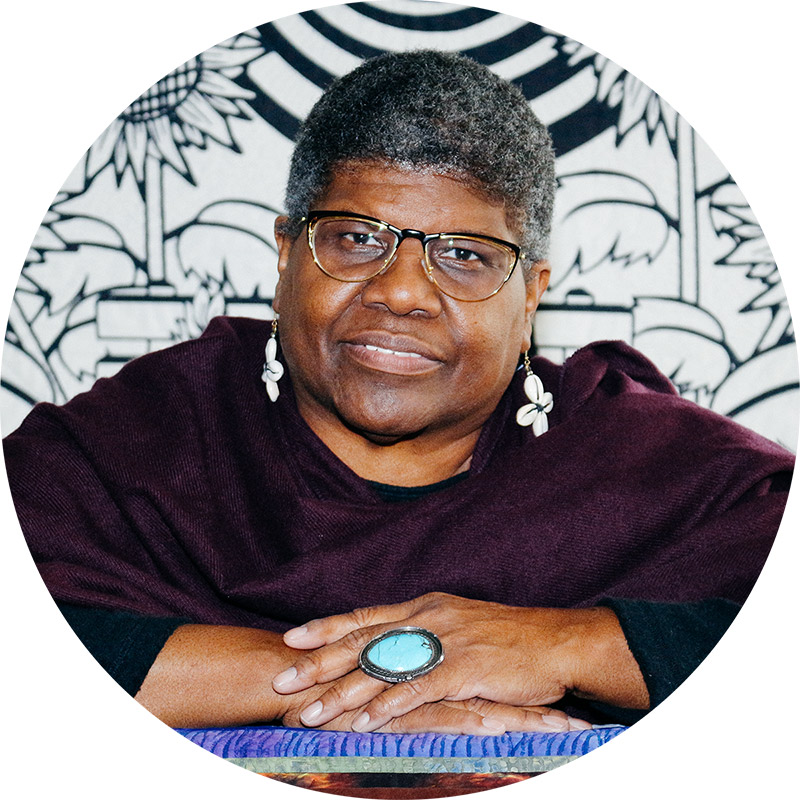 Carolyn L. Mazloomi is an artist, author, historian, and curator acknowledged as being among the most influential African American quilt historians in the United States.

She joins the Fem Four by lending energy, compassion and the highest level of artistic perspective to our mission.

Widely exhibited in the United States and internationally, Carolyn’s quilts have been included in five exhibitions at the Smithsonian's Renwick Gallery. Her artwork can be found in numerous important museums and corporate collections around the world.

Mazloomi has been involved in the economic development of women through the arts for over thirty years, and has been recognized by the International Labour Department in Geneva and the United Nations for her efforts.

Thoughts from the Collector

Three years ago, I began collecting protest signs and posters from the Women’s Marches that took place in January 2017. A simple post on Facebook for anyone interested to send me their signs and art created a response beyond my expectations. It became clear very quickly that these items deserved a broader audience than my initial idea of putting on a small exhibition in my home gallery.

I gathered fellow activists Maria Seda-Reader, Cal Cullan and Jamie Thompson and we formed FemFour, a group of arts professionals, curators , writers and a collector. Knowing that we needed a diverse range of voices helping to shape this collection, Dr. Carolyn Mazloomi, author, curator, quilter, and founder of the Women of Color Quilters Network became an honorary member of FemFour. Our mission was to curate some 375 plus protest items into a traveling exhibition for public viewing. The exhibition was called, “Still They Persist”.

It is now 2020, and “Still They Persist” has just as much relevance today as it did in 2017. It seems that much of the past three years have been a series of civil public protests, from the Women’s Marches, to March for Our Lives, Defend DACA, to protesting police brutality and insisting that yes: Black Lives Matter. Because we see this archive as a living one, we continue to collect these ephermeral objects which speak directly to the philosophical shifts and reprioritization currently happening within our country.

We are extremely grateful to all of the artists, friends, supporters and venues for helping us Persist. We couldn’t have done this without our village.
‍