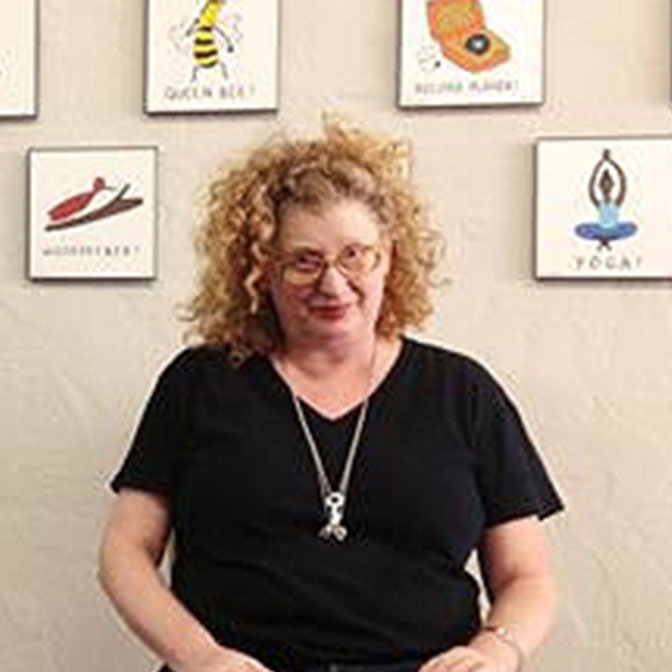 Julie Wilson is an artist and illustrator

based in Santa Monica, California.

I grew up in 1960s & 1970s New York & Los Angeles. Heavily influenced by TV cartoons, Pop art and the British Invasion. I left my mark all over Brooklyn & Manhattan during the 1980s -aughts! Creating billboards in Time Square & the Sunset Strip, murals at Coney Island, paintings and signs for Central Park Summer stage, restaurants, a church, a toy store and tons of editorial illustrations for magazines and newspapers. I collect swizzle stix, enamelware, vintage menus & matchbooks and a million other things. If I had to choose only one fave food it would be toast.

I am now in Santa Monica working in a garage with the big door open, the sun shining in and either music or old movies playing in the background as I paint.